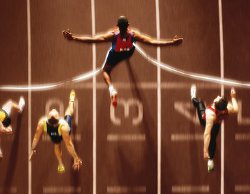 The America Invents Act, or senate bill S.23 and house bill H.R.1249, has stirred controversy since it’s inception, but the most attention has been focused on the switch from a “First to Invent” to a “First to File” patent system.

This is a misconception that needs to be cleared up.  The new patent laws do not define the United States Patent & Trademark Office to operate under a first to file policy, but rather a first inventor to file concept.

This is an important difference as it requires the potential patentee to sign an oath of declaration that they are in fact the true inventor or face criminal charges.  So if an inventor discloses their idea to a shady individual and that person runs to the patent office, they would not have a legitimate claim on the invention.

This leaves the only possible scenario in which an inventor could lose their rights is simultaneous, non collaborative development on the same idea.  There is a very small chance of this occurring – .01%  according to USPTO statistics.  There has also never been a case where a true first inventor has not won the patent dispute.

We feel the current patent reform is heading in the right direction and the concern over the inventor to receive patent issuance is unwarranted.  The new changes will allow individual inventors and small businesses to obtain more affordable patents at a faster rate.

The increased power of the patent office will also reduce costs for inventors defending patents.  Overall the patent reform bill will perform as expected – reducing the USPTO backlog and stimulate innovation in our distressed economy.