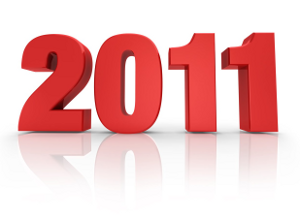 Some of the best 2011 inventions are profiled in Time Magazine’s annual invention issue. One thing that many of these inventions share in common is a focus on perfecting the retail product that ends up in the hands of consumers. It is less important to be the creator of a new product idea than it is to make the final product as user friendly and cost effective as possible. Steve Jobs epitomizes this new paradigm for inventors, because he was not the first to come up with all the inventions that he is credited.

However, Jobs’ claim to fame is that he perfected the personal computer, iOS devices and digital animation to best fit with consumer demands. The advice that inventors can take away from success stories like Jobs is that it is far better to be the best than to be the first.

Popular Science is another magazine which publishes a top 10 list of 2011 inventions. For the last 5 years, the magazine has run an Invention Awards segment which highlights the most innovative contraptions to emerge from garages across the country. Some of these inventions help to save the earth, while others treat the sick. Some inventions are designed for entertainment purposes only.

Regardless of their purpose, these brilliant inventions are sure to inspire other inventors to dream big. For example, one of the top inventions for 2011 is a pen like device which can perform health screens for prenatal illnesses. This device costs less than a penny, so it is ideal for health care in poor regions. Another innovative device uses the exhaust from a boat to treat onboard waste.

Some 2011 inventions combine two popular products into a single package. The Google Prius is a perfect example of this, as the search engine giant joins forces with auto maker Toyota to offer what some describe as “motorized sofas on wheels.” These special edition Prius sedans do not require a driver behind the wheel, but they are similar to a standard Prius in almost every other way.

The cars feature a special sensor which acts like an eye for the vehicle. This cylinder shaped sensor is attached to the car roof and uses AI software to sense objects close to the car. The AI software can also make decisions of human drivers but actually reduce errors and thus prevent accidents.