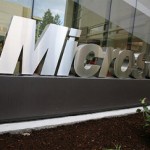 Microsoft is busy creating license deals with companies which involve patent fees for components of Android technology. The first of these agreements was inked in 2010 when HTC agreed to pay Microsoft $5 for each Android phone it sold. That wasn’t enough for the software giant though, as it is currently trying to get Samsung to agree to $15 in fees for each smartphone it sells. This amount is approaching the fees charged by Microsoft for Windows Phone licensing.

Android open source software is available for use without a licensing fee, which makes it a competitive threat to Windows. In addition, Android was developed by Google, a major competitor of Microsoft. It’s no surprise, then, that Microsoft is attacking Android in any way possible. One approach is to sell licenses for Windows phones which guarantee a fixed cost in terms of fees, and another is to sue manufacturers using Android as an example of how risky choosing this software over Windows can be.

A case in point is Microsoft’s latest target, Samsung. The $15 per handset patent licensing fee Microsoft is demanding is the highest yet, as the company seems emboldened after signing similar agreements with Itronix and Wistron. In the case of the Taiwanese smartphone manufacturer Wistron, the royalty payments were not for Android technology but rather for their choice to use Google Chrome in their phones.

So it’s clear from these actions that Microsoft views open source software in general as a threat, with Android being the most significant target at this point. Other companies seem willing to sign the licensing agreements to avoid future litigation with Microsoft, rather than take their chances against the Redmond company’s top notch legal department. However, some are also challenging Microsoft in court over the royalty strategy, including Barnes & Noble and Motorola.