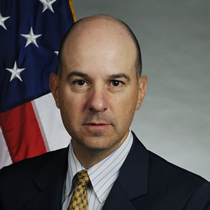 David Kappos, Under Secretary of Commerce for Intellectual Property and Director of the United States Patent and Trademark Office (USPTO) has issued a statement commending our nation’s leaders on their work on the pending America Invents legislation.
The America Invents Act has passed the senate and is now under House review.
The bill’s purpose is to stimulate innovation among independent inventors and small businesses.
Although the bill has many critics, it is believed that the new changes will help smaller entities compete in a global marketplace.  Highlights of the bill include faster issuance, stronger patents, and increased administrative and legislative power for the USPTO.

“I want to congratulate Judiciary Chairman Smith, Subcommittee Chairman Goodlatte and Ranking Member Watt as well as the House Leadership for their stewardship in ushering the Leahy-Smith America Invents Act onto the floor for consideration before the full House.  Enactment of bi-partisan patent reform legislation would be a major step forward in transforming our patent system and improving the Nation’s competitiveness and promoting economic growth.  As the Statement of Administration Policy issued today indicates, the USPTO will need full access to all of its fees in order to carry out the mandates of this legislation effectively and perform its core mission to support America’s inventors.  I look forward to continuing to work with Congress on this important matter as the bill moves toward final passage.” – David Kappos