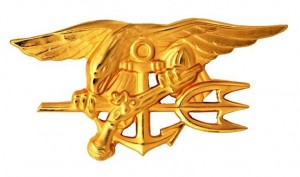 Walt Disney Co. has withdrawn it’s shameless claim on the “SEAL Team 6” filed just two days after the covert operation to take Osama Bin Laden took place.
As a result of critic’s relentless blasting of the company’s attempted exploitation of the Navy, Disney representatives rescinded the application from the United States Patent and Trademark Office.   Disney claimed that their intentions were only to protect a upcoming TV series based on the heroic team.
Coincidentally the withdrawal only took place AFTER the U.S. Navy filed applications for the terms “Navy SEALs” and “SEAL Team”. Navy officials stated they did not file for SEAL Team 6, as technically it no longer exists. The team name was active from 1980 to 1987 before the elite squad was dubbed “United States Naval Special Warfare Development Group” or “DevGru”.
Although it is not uncommon for mainstream media to file for trademark protection on military terms, it was insulting for Disney to attempt to capitalize on our nation heroes in this case.