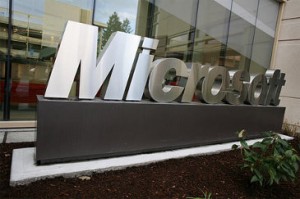 Microsoft has opened patent talks with Chinese telecom giant Huawei. The talks involve the use of Android in Huawei mobile devices. Microsoft has alleged that certain features of Android OS infringe on patents held by Microsoft.

The company has managed to talk to 10 other smartphone manufacturers that use Android in their devices to sign licensing agreements to avoid litigation. Under the terms of these agreements, the manufacturers pay Microsoft royalties on each device they produce.

The chief marketing officer of Huawei has stated publicly that the company holds over 65,000 patents, which is enough to protect the company’s interests. Shenzhen based Huawei is focused on their goal of becoming one of the top smartphone makers globally within 3 years. It is already the second largest maker of mobile phone network infrastructure in the world, just behind Ericsson of Sweden and ahead of Nokia Siemens and Alcatel-Lucent.

If Microsoft is successful in drafting a patent licensing agreement with Huawei, it would mark the latest licensing agreement between Microsoft and major smartphone developers. Huawei has chosen to launch a global roll out of new smartphones and tablets in the UK in 2012. A decision by Huawei to sign a licensing deal with Microsoft would bring it in line with many of its peers around the world.

Microsoft refused to comment on the status of the discussions with Huawei, but a company spokesman noted that they are pleased with the momentum that their Android licensing program has developed. Currently, Microsoft has inked similar agreements with 10 major manufactures, representing more than half of the Android devices produced worldwide.

Along with the company’s announcement of patent talks with Mircosoft, Huawei has also announced that they plan to open a design center in London. They will be rolling out new phones and tablets in the US, India and Japan over the next year, and the company plans to expand beyond these markets in 2013.
Huawei has set very aggressive targets in their five year plan, which if achieved will see the company ranked among the top 5 global smartphone makers by 2014 and in the top 3 by 2016. However, these aggressive expansion plans are almost guaranteed to step on Microsoft’s toes.

While Microsoft has been able to threaten other companies with litigation in order to get them to sign licensing agreements, Huawei has hinted that they have enough patents to defend themselves in court.