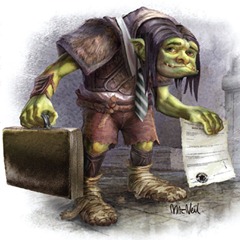 The phenomenon of “patent trolls” has frustrated several large technology companies in recent years, particularly Apple and Google. Patent trolls can use invalid patents and bargaining chips, because once the US Patents and Trademark Office grants a patent, it takes a high standard of evidence to overturn its validity. That often results in a long and involved legal case, and some defendants end up deciding it’s easier to settle the case for a payment than to fight it in court. Considering the statistics that 97% of all patent infringement suits get settled pre-trial, it’s easy to see why patent trolls are willing to take their chances with reckless suits.

Surprisingly, this is not a new practice that’s limited to the modern tech world. Patent trolling dates back to 1895, when George Selden was granted a US patent for using a gas engine on a chassis to construct a car. It can be argued that this idea was obvious and so the patent should have been denied, but instead Selden threatened the early carmakers with suits and collected huge sums in royalties.

It’s amazing how little things have changed since this earliest patent trolling case. As was the case with Selden, patent trolls today contribute nothing meaningful to the development of a given technology and in fact stifle its growth by raising the costs to legitimate developers. When Selden threatened to sue the early auto manufacturers, almost all of them signed up for licensing agreements except for one significant holdout, Henry Ford, who decided to fight the case in court.

That lawsuit was not resolved for the next eight years, as an industry group who bought the Selden patent did their best to turn public opinion against Ford as the suit dragged on. The initial trial decision went against Ford, but he appealed it and the Selden patent was finally invalidated just one year before its expiration.