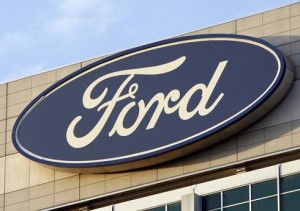 Ford is being sued by a small company called Eagle Harbor Holdings for patent infringement. Eagle Harbor, based in Bainbridge Island, Washington, alleges that Ford infringed on seven of its patents which relate to audio communications such as Bluetooth with the automaker uses in its cars. The lawsuit was filed in federal court in Tacoma, Washington last week.  Eagle Harbor claims that the much-hyped Ford Sync technology is using its patented technologies, which the company began developing over a decade ago.

The company alleges that Ford had been in talks with Eagle Harbor dating back to 2002 about using its communications technologies in vehicles, but that Ford broke off the talks abruptly in 2008. The next year, Ford began using these technologies in its vehicles without authorization and when Eagle Harbor attempted to contact Ford in 2009 on the issue they didn’t receive a response from the automaker.

Ford has been very successful in remaking its image by using advanced technology in its vehicles such as the popular Sync system. This technology allows drivers to connect their smartphones and other electronic devices to their car, and it has been a big moneymaker for the company. Eagle Harbor is claiming that they own the patent on this technology along with other safety technologies which Ford has also incorporated into its vehicles. In fact, the father-and-son founders of Eagle Harbor, Dan and Joseph Preston, are experienced inventors, having developed technology that was already licensed by General Motors.

It’s unlikely that the lawsuit will result in the removal of Sync and other advanced features from Ford cars. However, if Eagle Harbor wins the case or settles with Ford they stand to receive millions in licensing fees. These patent cases have become all too common in the tech industry, but this is one of the first to cross the line into the auto industry.